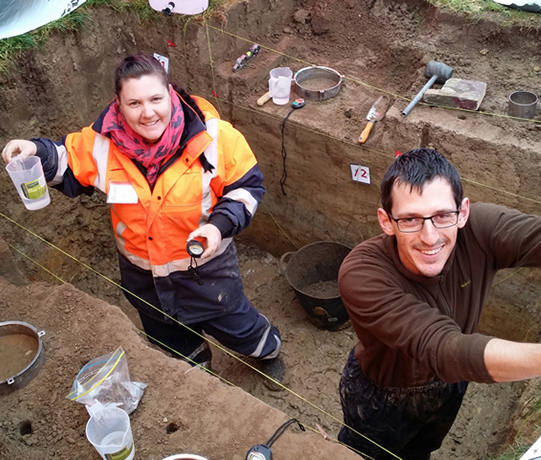 Soils are one of New Zealand’s most valuable and strategic resources, but they are highly complex and variable. Better soil mapping is required to enable more informed decisions to be made on a range of topics, including land use decision-making,  how to optimise use of marginal land, efficient irrigation, and what nutrient leaching mitigation options are relevant to this soil. The S-mapOnline website already provides access to NZ soil information, being widely used by farmers/growers, advisors, industry bodies, and councils. However, only 30% of NZ has been mapped thus far, with the majority of this focused on the more intensively used lowland areas. 61 % of the lowlands have been mapped, but hilly to mountain lands occupy > 75% of NZ, and so far only 13% of this land has S-map coverage.

Thus, there is an urgent demand from industry for cost-effective extension of mapping coverage, as well as more accurate, fit-for-purpose, multi-scale soil information on soil hydrological properties and their dynamic response to land management. Meeting this need requires research to answer questions in three areas:

The existing infrastructure includes managing detailed observations and laboratory measurements of soil profiles in the NSDR, the S-map database for managing the spatial soil survey data, an inference engine that estimates a suite of derived soil properties, and the website S-map Online.

The spatial backbone of the next-generation soil information system will build on the concept of a ‘soilscape’ in which areas with similar patterns in soil forming processes are identified and delineated. These soilscape areas are where soil variability has similar drivers and can thus be described by a single predictive model (e.g. a digital soil mapping (DSM) model). Machine-learning techniques will be applied to create a hierarchical set of soilscapes and thus a spatially consistent NZ-wide framework of nested DSM models that quantify multi-scale soil spatial variability within and between soilscapes. This framework will facilitate faster and more fit-for-purpose soil mapping of currently unmapped and poorly mapped areas of NZ.

In year 1 we identified and collated the key covariate layers for digital soil mapping and developed a new framework for optimal soil sampling in the field. Year two onwards we are focusing on developing and testing soilscapes along with applying our new sampling design framework, in support of new co-funded mapping in Waikato, Hawkes Bay and Canterbury.

The existing technical infrastructure will be extended to readily respond to new information as it becomes available by building in workflows (documenting processes and information uncertainty).

The new soilscape framework and associated layers of environmental data (covariates layers) will be built into the extended infrastructure. It will also manage and integrate the various predictive DSM models for soil mapping and for individual soil properties, ensuring they are spatially consistent with each other, and also across soilscape boundaries.

Most national soil survey programmes adopt a single technical approach for the whole country. By combining multiple approaches we will be able to select the most appropriate data and soil-landscape model for each different soilscape. Work is starting in this area, with an initial focus on segmentation processes where the raster (i.e. grid) products from DSM are converted into S-map polygons that describe soil variability at an appropriate scale.

The programme’s major focus is to create a step-change in the quality of soil hydrological information S-map supplies to a wide range of end-users, for the diverse range of soils that occur across New Zealand (Figure 1).

There is a substantial work programme to improve the soil water information supplied by S-map. Soil properties that characterise the storage and movement of water in soil are expensive to measure. Thus we have to target resources to measure in a few representative locations and use models to predict attributes for the wider group of soils mapped in S-map. Pedotransfer functions (PTFs) predict soil properties, such as soil water-holding capacity and hydraulic conductivity, from more readily measured soil data such as soil texture. We will complete soil water measurements across a range of typical soils, substantially expanding the number of sites that S-map can use for developing soil hydraulic PTFs for New Zealand soils, thus improving our predictions of these critical soil properties. Some additional experiments will also be conducted by Plant and Food Research soil scientists to determine the relative impact of management practices (e.g. tillage or artificial drainage) on soil water properties, for developing PTFs that can respond to knowledge of soil management. The knowledge gained from this experimental work, together with recent modelling advances, will be used to develop a set of new integrated PTFs predicting soil hydraulic properties for a wide range of soil types in S-map.

In year one of the project we focussed on completing stocktake reviews of both soil water measurement methods, and the international progress on PTF development. We also completed a pilot study of full soil water characterisation of four Southland soils, in a funding partnership with Environment Southland. From Year 2 onwards we are focusing on the soil measurement campaign, initially on soils in the Canterbury region. A PhD student, Balin Robertson, will study the water-holding capacity of stony soils. Research will also begin on measuring the effect of land-management practices on soil water properties.

The third year of the programme has been completed, and some of the highlights are summarised below.

This research aim will focus on developing tools to help scale soil data downwards to farm scale and upwards to catchment scale, as well as novel and more interactive ways of visualising soil information and the effect of land management on soil properties. Garth Harmsworth has started an active co-development approach between Māori and the S-map science team that aims to produce tailored soil information from S-map that will support Māori economic growth objectives. We will work with Māori organisations in three main regional growth areas to increase the relevance and utilisation of S-map to identify how best to support Māori aspirations for their land in a manner that promotes taiao and kaitiakitanga. Further work over the coming year will also involve collaboration with NIWA to link S-map with their TopNet catchment hydrological model. 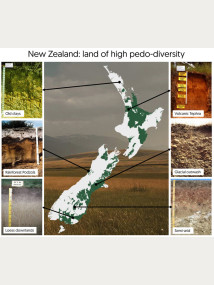 Figure 2: New Zealand is renowned internationally for its high diversity of soil types. 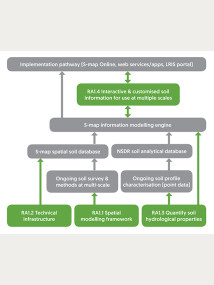 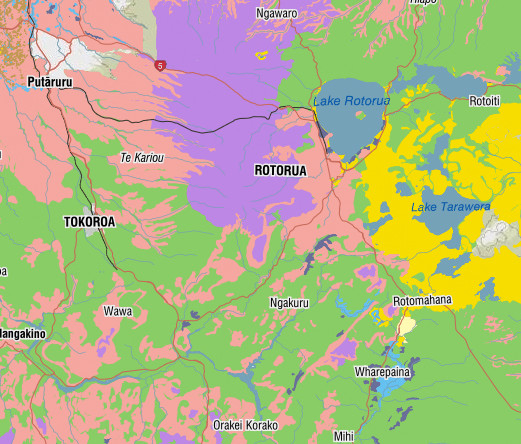