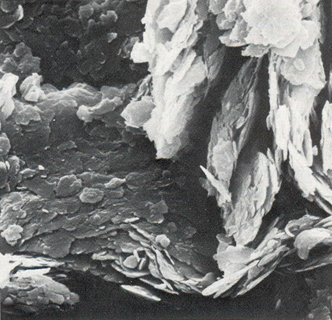 Nature is a great architect – and so it is in soils: The mineral body of soils is the scaffolding of all soils (except peat soils which are composed of organic matter). Its building blocks are inorganic minerals, rock fragments and water-soluble salts forming a unique composition that makes up around half the total soil volume1.

Not only does the mineral design determine the soil’s stability, but the arrangement of mineral particles also defines the configuration of the soil pore space in which water percolates and gases diffuse.

Minerals create the fundamental unit of soil architecture and are always soil-specific. Whether developed on sandy sediment, gravelly greywacke or porous pumice, the soil parent material and the environment in which a soil formed define its mineralogical composition.

Weathering processes (rain, radiation, gravity) cause rocks to disintegrate over time, from solid bodies to fragments, and then to primary minerals, which still mirror the initial crystalline structure of the parent material2. Secondary minerals, in contrast, are soil-born. They are new minerals produced by chemical alterations and transformations in the soil profile itself: clay minerals as well as oxides.

Both primary and secondary minerals are active members of the soil environment. In interaction with each other, the elements the mineral structure is composed of create an electrical charge, which means soil minerals can adsorb plant nutrients like potassium and calcium on their surface. With a change in chemical conditions, nutrients and other compounds can be released back into the soil solution, where they become available to plant roots and soil organisms.

Soil minerals may also bind to organic compounds, and in this way they support the storage of carbon underground. The mineral base of soil is both fascinating and varying – and always forming an individual architecture that differs from soil to soil.

Dirty fingers and muddy hands – soil scientists like getting down and dirty. This is because they can identify the mineralogical composition of soil simply by 'handling' it: The relationship between particle mineralogy and particle size is revealed when soil is squashed or rolled between two fingers.

The fine earth of soil contains different ‘fractions’, which are distinguished by their size, shape and surface area. 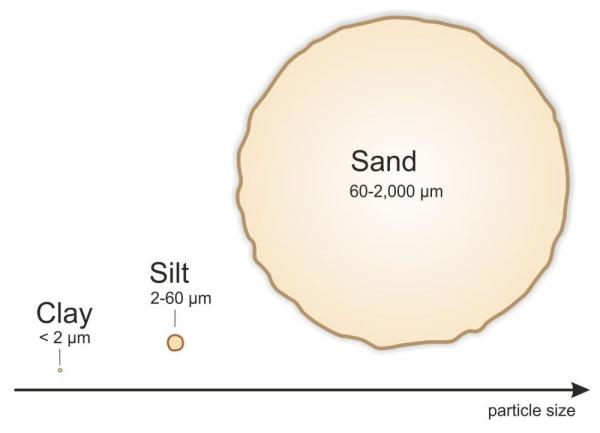 Sand particles (60 to 2,000 µm)3 are the largest unit, followed by silt (2 to 60 µm) and the clay fraction (less than 2 µm)4. Clay particles result from the formation of secondary minerals, whereas sand grains mainly consist of quartz, a primary mineral. Silt contains intermediate amounts of both primary and secondary minerals.

Soil generally includes a mixture of all the fine earth fractions: sand, silt and clay. The texture of one soil – or the ratio of sand, silt and clay present in a soil or soil horizon – may be very different from that of another.

Soils with a sandy texture, for example, provide enough pore space for water to freely percolate through the soil profile. A sandy soil promotes groundwater recharge, but it doesn’t adsorb as many nutrients as soils dominated by silt and clay, or as a balanced mixture of all three fractions, called ‘loam’.

The relative sizes of sand, silt and clay particles. Think of sand as the size of a basketball, silt a ping pong ball, and clay a grain of table salt. 2,000 µm = 2 mm. Source: Anne Wecking.

3 A micrometre (µm) is a millionth of a metre. A human hair is about 50 µm in diameter. 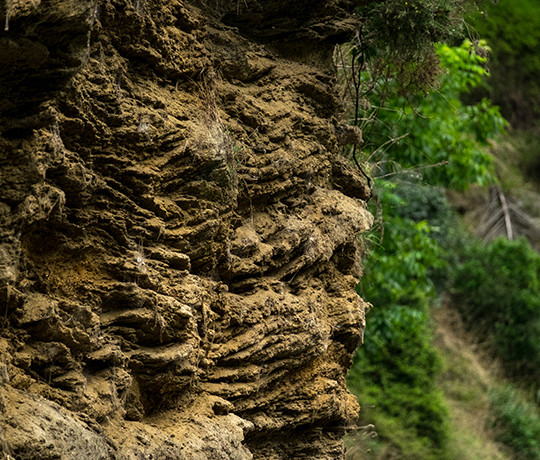 Soil air: breathing in and out
Soil is an organism that breathes in and out. Pores not filled with water are filled with soil air: a mixture of 79% nitrogen, less than 20.6% oxygen, and generally more than 0.2% carbon dioxide.
Learn more 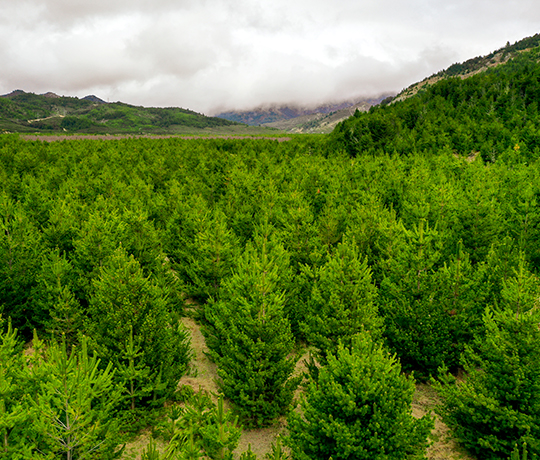 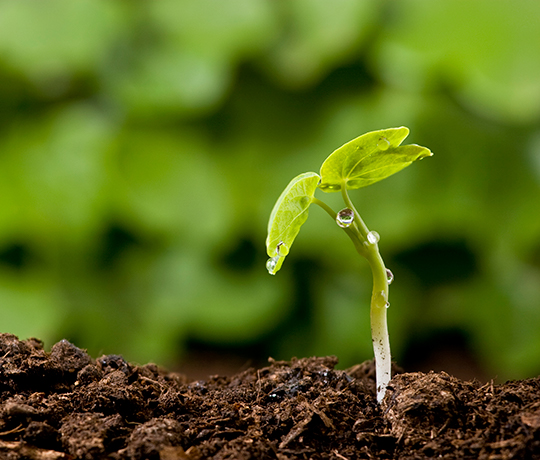 Soil life: a diverse hotchpotch underground
Soil is teeming with life, but life in soil has somewhat remained the ‘deep ocean’ of the land: Little is known about the myriad organisms below ground that interact with soil and the wider environment.
Learn more 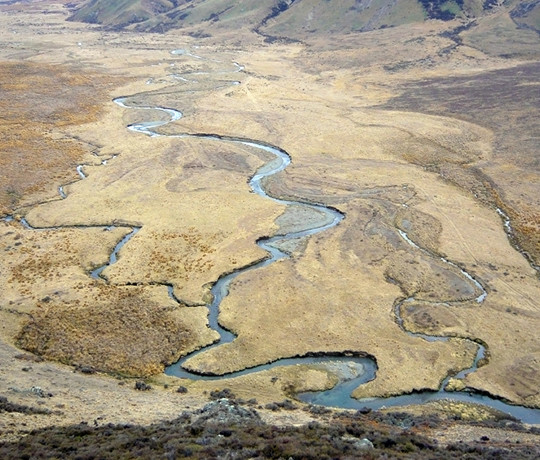 Soil water: liquid of life
Soil needs water to function. Water in soil – also termed 'soil solution' – is the medium of transport for transferring nutrients, not only from one micro-site to another, but also from one mineral surface, plant root or soil microbe to another.
Learn more
Back to top